How can I practise with my child in between their junior lessons? 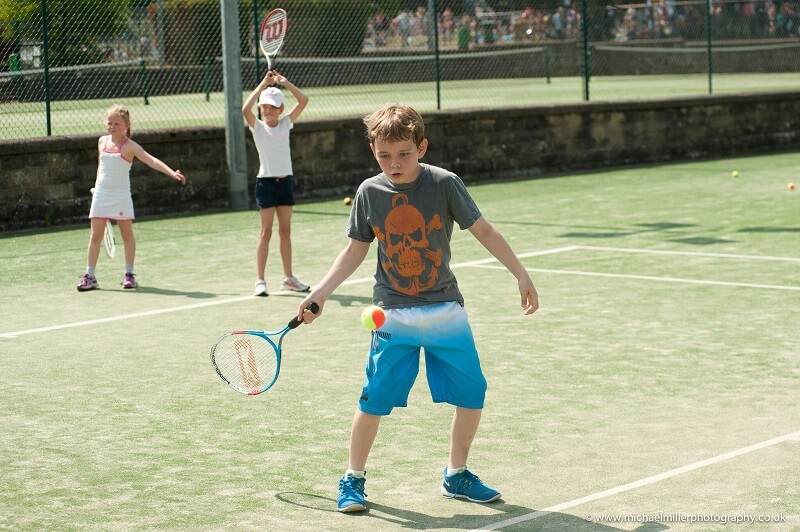 Junior Tennis – How can I practise with my child between lessons?

Not all parents or carers able to get out and practise with their child. Some times the children are too busy too, doing many other activities each week.

Getting out to practise

Parents can try and get the same balls that their child uses in lessons, red, orange, green or yellow. You can ask your coach to sell you half a dozen, as not all sports shops have all ball types and racket specialist are not on every high street. If you can’t get the same balls don’t worry, just feed heavier balls slowly. Red are the lightest and for the youngest players and yellow are the heaviest balls used for teens and adults.

Parents can get good ideas by watching their child’s lessons, they can learn first hand some of the basic elements of the lessons that they can replicate.

Working alone with your child practicing throwing and catching skills

Parents can practise throwing and catching with their child, which can be done away from the court too. When throwing and catching you should throw the ball slowly under arm to your child. Stand about three metres apart and throw the ball to land about 2 metres away from you, so that the catch occurs after one bounce. Your child, after catching, can throw the ball back in the same way, this is just like a rally without rackets. This is such a good exercise because it is all about the movement to the moving ball, a really important skill for tennis. With better players you can move further apart and make the ball land further away from your child. The golden rule however is the ball can only bounce once, just like tennis!

Working with your child at groundstroke practice

If you can play tennis yourself then you can get on the court and rally with your child. Try just the service boxes, but stand in a little if they are playing with red balls.

If you can’t play, you can could also take some lessons. Otherwise you can throw some balls to your child, so that they can practice their shots. Stand on their side of the court and throw balls to them from the tram lines, standing back about three metres inside the base line. With your child behind the middle of the base line, feed balls under arm getting them to land between you and the middle laterally speaking. Also throw the balls to land about a metre or less inside the base line. This practice can be done for both the forehand and backhand in the same way.

Remember to give your child lots of praise and encouragement, really get into the practice and be energetic and enthusiastic. Also think of yourself as a practise helper rather than a coach, try not to teach technique, even if you think you know what you are doing, better to leave that to your child’s coach in their lessons.